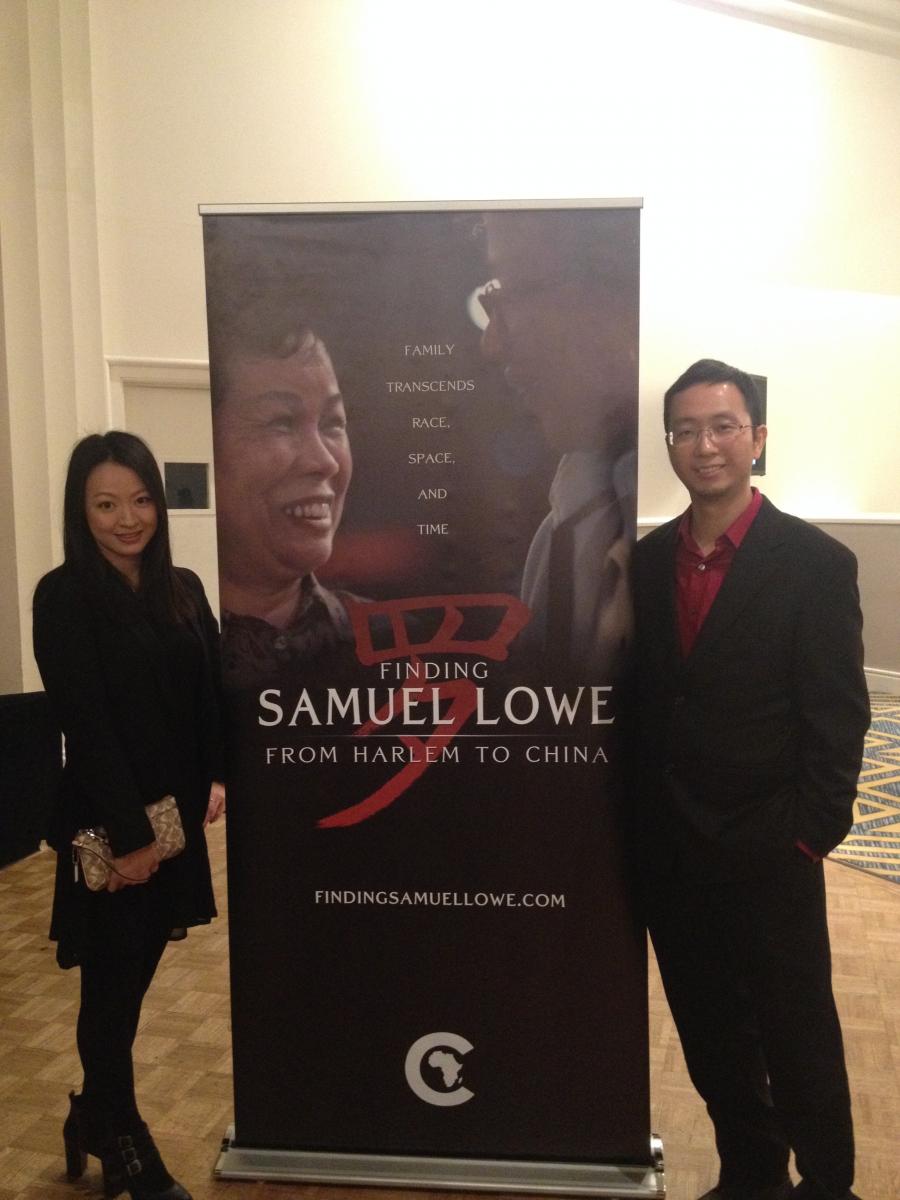 Sister Cities International hosted the 58th Annual Conference in San Jose, California from July 31-August 2. Over the course of three days, elected and municipal officials, engaged citizens, diplomats, and business leaders gathered in the exciting capital of Silicon Valley to discuss “The Power of Digital Diplomacy.” There were over 500 delegates in attendance from 26 different countries including 107 high school students participating in the Youth Leadership Summit.

The Conference got off to a great start with a day full of cultural tours, including a Pacific Rim & Asia Connections Track, Latin America Track, and Geek Track (tech company tours), which allowed attendees to immerse in the many cultures of San Jose.

The day culminated with a documentary screening of Finding Samuel Lowe: From Harlem to China. Members of the Lowe family joined in at the end of the screening for a Q&A with the audience.

In a salute to Sister Cities International’s heritage as the oldest and largest national movement of citizen diplomats in the world, the Parade of Flags was combined with the City of San Jose Sister Cities Flag Raising Tradition to officially open the 58th Annual Conference. Over 110 flags from cities across the U.S. were marched in a beautiful display around San Jose City Hall by Youth Leadership Summit participants.

Silicon Valley native, Manuel Romero, serenaded the crowd in his rendition of the John Denver song “Sister Cities: We are One.” In addition, Sister Cities International’s President and CEO, Mary D. Kane, Chairman Tom Lisk, Councilman Ash Kalra, Vice Mayor of San Jose, Madison Nguyen, and Honorary Conference Co-Chair, Norman Y. Mineta, warmly welcomed all to the tech capital with promise of great things to come over the course of the Conference.

Leaders in the Technology field joined together for a dialogue on tech companies, their role in digital diplomacy, and their impact on communities. Steve Milligan noted, “Tech has changed rapidly over the years, the public is now constantly engaged in a vast amount of data…we can use this to share information globally and diplomatically.” In terms of using social media in diplomacy, Ken Kannappan said, “Social media in the context of diplomacy is crucial. It helps to be a responsible, engaged steward to your community.”

Green Growth panelists discussed how green technology is becoming a necessary concept to implement in a community’s sustainability goals. Communities are working together with their international partners to study, teach, and implement alternative energy methods into their framework.

Vulnerable Populations in the Middle East

Always ready always there: Connecting Your Program to Federal, State and Municipal Governments

Panelists conferred the best ways to connect sister cities to military organizations as well as federal, state, and municipal agencies and their programs. Partnering with such programs can help enhance international security and defense, public safety, and economic initiatives, as they establish trust.

Intel’s the Internet of Things

With the first Internet of Things presentation of the Conference, Guy Allee presented Intel’s technological advances and ways for sister cities to use them to their advantage in economic development initiatives.

The Diaspora panel focused on ways in which the Diaspora community can be used a great resource for international partnerships. Leveraging Diaspora communities in the sister city context was tackled from Irish, Nigerian/African, and Hispanic perspectives. Barry O’Sullivan explained the influence of philanthropic diaspora, in which diaspora groups can help get people to invest in their home country and use that as a strong business model. Leigh Moran encouraged groups to “Leverage digital infrastructure globally. Diaspora groups can use technology for exchange with their home countries.”

Engaging Young Professionals panelists delved into ways in which sister city programs can engage and attract the next generation of citizen diplomats. Yong Professionals themselves, the panelists suggested engaging with young people in the community to understand where their interests lie and how they would like to get involved with sister cities. Outreach to young professional groups, graduate programs, and young people who were previously involved with sister cities were suggested ways to actively pursue young professional engagement.

The City of San Jose Welcome Reception & Dionne Warwick: Do You Know the Way to San Jose? Concert

The evening began with a reception at the Tech Museum of Innovation, where guests were able to explore the 132,000 square foot museum with food, drink, and entertainment highlighting San Jose’s eight sister cities.

Concluding day two of the Annual Conference was an unforgettable concert experience. MGM Resorts International’s Inspiring Our World: A Musical Journey put on a moving performance as the opening act. Dionne Warwick’s headlining perormance was filled with memorable hits and kept the audience joyfully entertained. Mary D. Kane and Councilman Ash Kalra presented Ms. Warwick with the Global Ambassador Award, to recognize her for her humanitarian achievements.

U.S. Secretary of Labor, Thomas Perez, opened up day three with a poignant speech about immigration, the workforce, and the importance of understanding international backgrounds in sister city relationships. He touched on how essential it is to work with young people to ensure that the next generation is ready to tackle challenges and become citizens of the world. When discussing sister city relationships, Perez highlighted, “…We need to work together with countries that are different from ours to form a more perfect global union.”

A panel of embassy officials gathered to discuss the roles of sister cities in their countries’ bilateral ties with the United States. Consuls General brought several positive experiences with sister cities to the conversation including how similarities between a city and its sister city can help reengage local diaspora communities, how sister cities give opportunities to build vast global networks, and the importance of having consulates on board for sister city relationships to take advantage of a full range of opportunities.

This grant writing workshop gave attendees an opportunity to hear from experts on tips and tricks for strengthening grant applications. Panelists imparted valuable information and encouragement to the audience for the grant writing process. Marianne Briscoe pointed out that “if you haven’t written a grant that has failed, you haven’t written enough grants.” Having a compelling solution to a compelling problem or idea gives an organization a lot of leverage, especially when there’s urgency in implementation of the solution.

Sports Diplomacy: Bringing the Globe Together through Sports

Through sports diplomacy, many sports teams use their natural community-building platform to influence social, political, and diplomatic relations. The panel of experts discussed how sports have influenced their lives on both personal and community levels. “Sports are a vehicle for growth and development…lessons transcend sport and give a kick start to the future,” Brandi Chastain said when reflecting on how sports impacted her from childhood on to the present. Nina Bishop explained how sports and structured and universal, which provides a great platform for exchange, as they are a universal language. Using sports in exchange programs is a great way to engage youth in sister city programs.

Panelists instructed participants on the best ways to begin partnering with local businesses in sister city programs while exposing them to new communities abroad. Having a sense of corporate social responsibility is an important aspect of modern business plans and can be leveraged in sister city programming efforts.

Cisco’s Internet of Everything Presentation

The second luncheon keynote of the Conference featured an astounding presentation on Cisco’s Internet of Everything, where attendees learned about where the future of day to day life is headed. Integrating people-to-people relationships and people-to-machine relationships is new way to consider connections. By incorporating the five features of visionary leadership, open global standards, smart regulation, public-private partnerships, and a global ecosystem of partners, the Internet of Everything and digital diplomacy intertwine and make for an innovative future of exchange and understanding.

Mind Your Manners: Protocol Training with a Digital Twist

The Mind Your Manners session taught participants about the correct code of conduct when working with an international sister city to eliminate cultural barriers and ultimately build stronger relationships. Tips included always doing research about others’ customs before an exchange and asking state departments, embassies, and diplomatic corps for advice on what to give for gifts and other cultural differences to anticipate before exchanges in and out of the U.S.

Virtual Exchanges panelists talked about the benefits of using technology to further strengthen international partnerships. Facebook, Twitter, Google+, and Skype are useful tools to help implement new, yet successful exchange programs, when sister city groups are unable to visit one another in person due to issues with money or capacity.

Looking Within: Advocating for Funding Locally and through Membership

The Looking Within session encouraged members to convert friends and community members into donors, and taught audience members the various ways to raise funds locally through corporate sponsorships and annual appeals.

The 58th Annual Conference concluded with a wonderful Annual Awards Dinner and Ceremony hosted by Comedian Dan Nainan. Achievements made in 2013 were celebrated in the categories of best overall, volunteer of the year, and innovation in arts and culture, economic development, energy and sustainable development, humanitarian assistance, and youth and education. For a list of winners, click here.

To view all photos from the 2014 Annual Conference, click here.