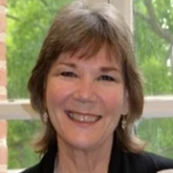 Adria L. Baker, Ed.D., is Associate Vice Provost for International Education and Executive Director of the Office of International Students & Scholars at Rice University in Houston, Texas, and supports Rice’s campus internationalization, overseeing all operations for incoming foreign nationals (almost 24% of the overall student population and 900+ scholars). She also serves as the Director of the Brasil@Rice office, which won the 2015 Senator Paul Simon Campus Internationalization award for Rice’s Brazilian academic initiatives.

In order to prepare for her career, she was grateful to have studied as a Rotary International Research Fellow and graduate international student at the University of Costa Rica. This connection has lead Rice’s partnership with Costa Rica’s Ministry of Science, Technology & Telecommunications and other connections with top universities in Costa Rica and Brazil.

Baker is fortunate to have been awarded a Fulbright in 2013 to travel to South Korea, and currently serves as a U.S. Fulbright Scholar Alumni Ambassador, and Past-President of the Fulbright Association Houston-Southeast Texas Chapter.