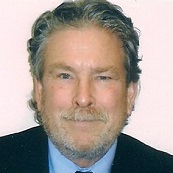 AM Kinney III, was born and raised in the Little Miami River Valley near Cincinnati, where my family has lived since 1789, and still calls it home. Kinney went to the University of Colorado where he studied Foreign Affairs. After taking a gap year to travel the world on my own, he returned home to finish his studies at the University of Cincinnati. After working his way through college, he was asked to join his family’s architecture/engineering/construction management business where he learned the operations inside and out through the years before finally becoming the Chairman of the Board in 1993. He is preparing one of his twin daughters to become the next Chairwoman of the Board! His wonderful family consists of his grown twin daughters and a son from a previous marriage, his new bride Sandra, and a 7-year-old stepdaughter who keeps them hopping. He is enjoying once again the joys of parenting. Fortunately, he gets to see all of his children almost daily.