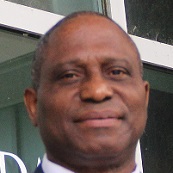 He has made a substantial number of presentations at annual meetings and conferences of learned societies, and professional associations in different parts of the world. His long-term research and teaching interests are in the areas of public administration, research methods, policy analysis/evaluation, governance, human resource management, government-business relations,
public-private partnerships, political economy, comparative public administration, economic development, American government and politics. His articles have appeared in Review of Policy Research, Public Personnel Management, Review of Public Personnel Administration, International Journal of Economic Development, Theoretical & Applied Economics, Public Performance & Management Review, Public Works Management & Policy, and numerous scholarly journals. He has authored several book chapters and some of his scholarly contributions are part of required readings in various American as well as foreign universities and colleges. Most of his scholarly contributions are cited in other scholars’ research and funded projects.

Professor Ewoh’s other public service professional accomplishments include, but are not limited to, chairing several committees, serving on panels, various journal editorial boards, and participating in executive councils of regional and national organizations. He is a former president of Conference of Minority Public Administrators and served on the National Council of the American Society for Public Administration, the Executive Council of the Network of Schools of Public Policy, Affairs, and Administration (NASPAA), and NASPAA’s Commission on Peer Review and Accreditation. He currently serves as the Editor-in-Chief of both the Journal of Public Management & Social Policy, and the African Social Science Review, as well as the Editor of Ralph Bunche Journal of Public Affairs. Dr. Ewoh is a recipient of several honors and awards, and is listed on Who’s Who Among America’s Teachers, Who’s Who in American Education, Who’s Who in America, and Who’s Who in the World. Professor Ewoh is recognized as a Fellow of the Academy of Political Science—duly initiated into the Global Honor Society for Public Affairs and Administration—and is a life member of the American Society for Public Administration. He earned his PhD and MA in political economy from the University of Texas at Dallas, an MPA in public administration from Southern University in Baton Rouge, Louisiana, and a BS in business administration from the University of Louisiana at Lafayette.