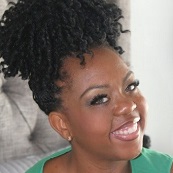 Ashley Turner – First Daughter of the City of Houston

Upon graduation from TWU she accepted a position at Legacy Community Health Services in the Human Resources department and later transitioned to Marketing and Communications. In 2015 she became Chief Operating Officer at Bee Busy Wellness Center where she made strides to give patients the best and most comprehensive health care experience. May 2018 Ms. Turner accepted a position at Lone Star College as the Executive Director of Community Relations. Her role is to be the liaison between the community and the college to ensure that communications are succinct and the offerings from the college address the needs of the communities that are served.

Ms. Turner makes it a point to give back to her community. For the past ten years she has volunteered for Turner Family Day in the Park where she assists with the senior citizens and the youth. Ms. Turner is a frequent speaker at functions that promote literacy, healthy self-image and empowerment.