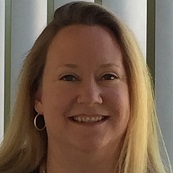 Bridget Bray joined Asia Society Texas Center in spring 2014 as Nancy C. Allen Curator and Director of Exhibitions, she connects visitors to Asian art of all regions and time periods with exhibitions that are engaging, thought-provoking, and relevant to Houston’s diverse communities. During her tenure, exhibitions have included The Other Side: Mexican and Chinese Immigration to America, Drawn from Nature, and Transcendent Deities of India: The Everyday Occurrence of the Divine, which is touring nationally. She previously lead the curatorial department at the University of Southern California’s Pacific Asia Museum in Pasadena, CA. Bridget has lived and worked in Asia, including India, China, and Nepal. Educated at Georgetown University and University of Washington, Seattle, her graduate studies concentrated on Himalayan culture. Her current areas of research include contemporary art in South, Southeast, and East Asia.