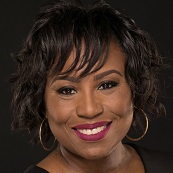 Dr. Camille Wardrop Alleyne is a rocket engineer, space scientist, internationally-acclaimed speaker, writer, educational leader and science ambassador whose accomplishments in the field of space exploration have been extraordinary. In the highly technical fields of science and engineering where women are in the minority, she is one of the most-recognized women in aerospace engineering and one of the few women of color to serve in a senior technical management position at NASA.

Dr. Alleyne has dedicated her 25-year career to advancing the areas of aerospace and space technology development, specifically in the fields of human space flight, space vehicle systems engineering, integration and testing and space (microgravity) research.  In the last several years, Dr. Alleyne has emerged as an expert in the areas of space, science and technology application in international development, specifically focused on developing countries.

Dr. Alleyne, who was born in Trinidad and Tobago, is a licensed Private Pilot whose accomplishments include being a Finalist in the 2004 Astronaut Selection Program. She has received numerous awards and commendations from national and international organizations including being awarded Outstanding Woman in Aerospace by the National Society of Black Engineers; Distinguished Alumni award from FAMU/FSU College of Engineering; and Commendation Award by NASA Johnson Space Center Director for her outstanding leadership and contribution to NASA’s mission. In 2011, the National Institute for Higher Education, Research, Science and Technology (NIHERST) in Trinidad and Tobago named her as one of the Caribbean’s icons in Science and Technology.