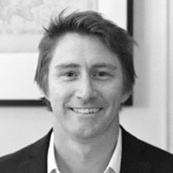 Derran studied Arts/Law at the University of Queensland, while also working as a teacher in primary schools in Brisbane. He graduated as Law School Valedictorian in 1998, and proceeded to work for two years in the District Court, before moving to Canberra to work in international law and counter terrorism with the Attorney-General’s Department.

In 2002, Derran was awarded an inaugural Rotary World Peace Fellowship to study in the USA for two years at the University of North Carolina (Chapel Hill). On completing his Masters in political science, focusing on international security challenges, Derran returned to Brisbane to work with the Crime and Misconduct Commission, during which time he was awarded a Churchill Fellowship to study juvenile substance abuse in remote and indigenous communities in the USA and Canada, and also completed a Master of Laws focused on international and comparative law.

From 2008-2011 Derran was the Chief of Staff for two successive Attorneys-General before moving to East Timor to work with the United Nations as a Legal Advisor, and then as Director of the South Asia International Legal Assistance Branch at the Attorney-General’s Department. Derran spent 2013 and the start of 2014 working in Afghanistan as a Political Advisor in the north of the country, before moving to New York to work on Afghan issues with the Department of Political Affairs with the UN.

He currently works in humanitarian affairs with the UN Office for the Coordination of Humanitarian Affairs, focused in particular on the Middle East. A writer in his spare time, in 2015 Derran’s first play, “Re:Late/Able”, was selected as part of the New York International Fringe Festival, and a second play “The Co-Operatives” premiered at the 2016 New York International Fringe Festival. He has spoken at numerous Rotary conferences and meetings.

Derran Moss is the 2018 Annual Conference keynote speaker on Thursday, August 2 at 11:45 am.