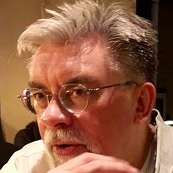 Fred Blanton has been active in Sister Cities International (SCI) since 1983 when he got his first taste of sister cities as an Exchange Student – from St. Louis Missouri to Baden-Württemberg Germany. Since that time he has attended every SCI Annual Conference since 1998.

He was appointed as the SCI State Representative for Virginia in 2017 and supports sister cities and future sister cities in the Western part of the State.