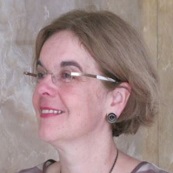 Gabrielle Goldfuß- Coordinator for The City of Leipzig International Affairs

Dr. Gabrielle Goldfuß is responsible for the international strategy and the coordination of international affairs of the City of Leipzig. Her office is in charge of Leipzig’s numerous international cooperations: it works with different services within the City such as the office for economic promotion, the departments for culture, social affairs and city planning, the Leipzig trade fair, chamber of commerce, as well as research institutions, local enterprises, cultural institutions and regional NGOs. Leipzig is the most dynamic city in the eastern part of Germany. The Peaceful Revolution, which led to the fall of the Wall started from Leipzig. Leipzig is Europe’s oldest trade fair city, is home to one of Germany’s oldest universities and is known to be the “German city of music”. The city of Bach, Mendelssohn, Robert and Clara Schumann, Wagner, the St Thomas Boys Choir and the Gewandhaus Orchestra is proud to connect worldwide through music, festivals, its music institutions, publishing houses and museums. Music diplomacy is therefore one of Dr. Goldfuß’s most important mission priorities.