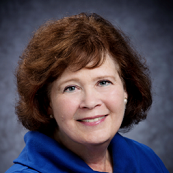 Lina “Jay” Jackson is the Founder/Executive Director of Helping Hand for Nepal, an all-volunteer nonprofit celebrating its 20th anniversary in 2019.  HHN does humanitarian development in the areas of medicine, education, and water/sanitation, and disaster relief as required.  These areas overlap with child abuse and human trafficking in the developing country of Nepal.  HHN has been recognized for its work by the US Ambassador to Nepal, Nepal’s Prime Minister, Alaska State Governor, Soroptimists International, Sister Cities International, and multiple Rotary Clubs among others.  Jay Jackson is an award winning photographer and educator who has traveled to over 30 countries, and lived and worked in two foreign countries.  She is a former member of the Anchorage Sister Cities Commission, former Alaska State Coordinator, and current SCI Honorary Alum Board Member.