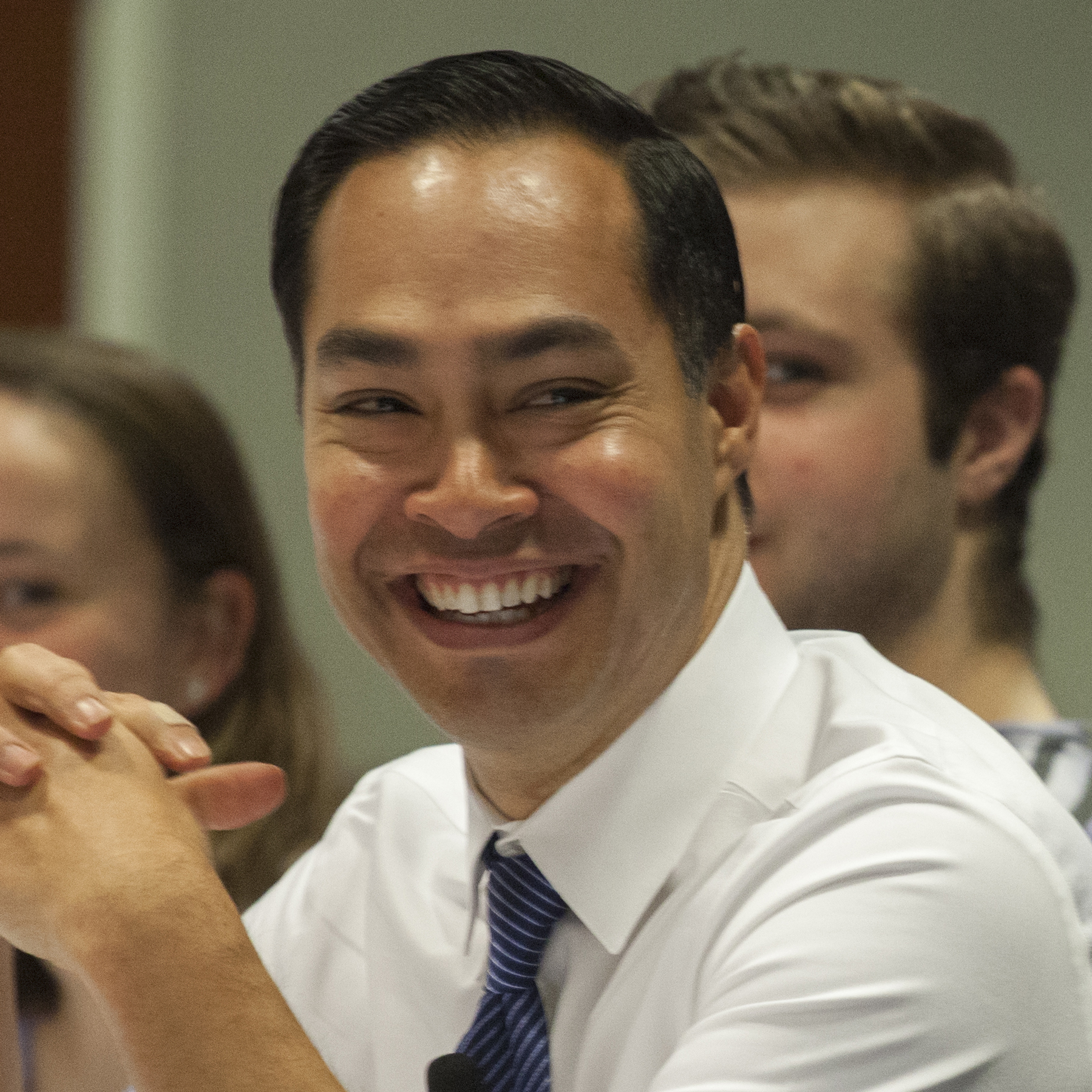 Julián Castro was born and raised in San Antonio, Texas. He was first elected to public office in 2001, when, at the age of 26, he won election to the San Antonio City Council. In 2009, Castro became Mayor of San Antonio, making him the youngest mayor of a top-50 American city. Castro brought a strong focus to improving educational achievement and making San Antonio a leader in the 21st century global economy.

During his tenure, Castro led a voter-approved effort to significantly expand high-quality, full day Pre-K. Castro also brought a sense of urgency to revitalizing the city’s urban core, launching a “Decade of Downtown” initiative that has resulted in thousands of new housing units in the center city.

Castro was named to the World Economic Forum’s list of Young Global Leaders in 2010 and recognized by Time Magazine as one of “40 under 40” rising stars in American politics that same year.

In 2014, President Barack Obama named Castro the 16th Secretary of Housing and Urban Development (HUD), where he oversaw 8,000 employees and a budget of more than $46 billion. At HUD, Secretary Castro led progress that earned the Department recognition as one of the most improved federal agencies.

Today, Castro is a Distinguished Fellow with the LBJ School of Public Affairs at the University of Texas – Austin and a Fellow of the Dávila Chair in International Trade Policy. He serves on the board of directors of both the LBJ Foundation and Common Sense Media. He recently founded Opportunity First, a political organization supporting young progressive candidates for elected office across the United States. Castro’s memoir is due out at the end of 2018.

Castro received a bachelor of arts degree from Stanford University in 1996 and a juris doctorate from Harvard Law School in 2000. He and his wife, Erica, have a daughter, Carina, and a son, Cristián. Castro’s twin brother, Joaquin, represents the 20th Congressional District of Texas.

Julián Castro will be speaking at the Opening Ceremony on Friday, August 3 beginning at 9:15 am.