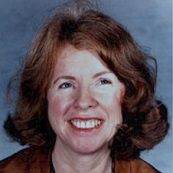 Kathleen is the former Chair of the international Affairs Board for the City of San Diego. She is the founding President of the San Diego Sister City Association. After serving two terms on the Board of directors of Sister Cities International and Secretary of the Board, Kathleen became a State Representative of SCI for Southern California.

Kathleen is a member of the La Jolla Golden Triangle Rotary Club having served on the Board and Co-Chair of International Service.

She has served since 2004 as a member of the Foundation Board for the San Diego Jalalabad Sister City, Kathleen has worked on numerous joint Sister Cities/ Rotary projects in Jalalabad, Afghanistan.