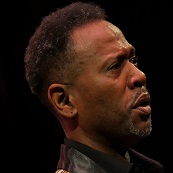 A highly creative individual, he sought to showcase the many influences that make up Latin American and Caribbean cultures, leading to the establishment of FLAMART (Featuring Latin American Music and Art) in 2006, with a focus on cultural diversity and education through artistic programs. In 2008 Foundation for Modern Music (FMM) extended him an invitation to join the organization as Artistic Director. In his first two years at FMM, he led the organization from local to internationally recognized, growing attendance from a few hundred to over 8,000. A collaboration between Strictly Street Salsa, FLAMART and FMM, launched Salsa y Salud (the country’s first and biggest salsa/health initiative, 2011), Navidad Latina (Museum of Fine Arts, 2011), the Afro-Latin Fest, 2014, and others. His work has been featured in over 20 local and regional newspaper articles and over 35 appearances on TV/Radio.

He is currently engaged in building national collaborations while expanding existing programs that continue to improve communities in the Greater Houston Area and beyond.