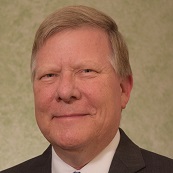 Growing up in Southern California, Richard Buckler received a B.A. in History from UCLA and an M.B.A. from Pepperdine University, while beginning a career in Computer Software Development.  However, when given the opportunity to come to New Mexico’s Land of Enchantment, he, along with his wife and three children, have made Albuquerque their home since 1990.

During the mid-90’s, Richard met two influential Albuquerqueans in the international sister city movement: Ruth Hashimoto and Sally-Alice Thompson, and both encouraged him to help develop youth exchanges.  Richard’s journey from then to the present has included writing grants to fund such exchanges, chaperoning, and the establishment of an on-going youth exchange program for the Albuquerque Sister Cities Foundation (ASCF) with several of Albuquerque’s sister cities.    Richard believes the most impactful, long-term component of any youth exchange occurs when students are matched with a host sister/brother, allowing each student to be immersed in another culture, even if only for a few weeks at a time.

In addition to being on ASCF’s board, Richard has served New Mexico as its Sister Cities International State Representative since 2016.