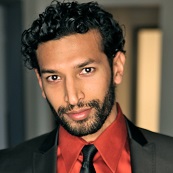 Suhail Arastu was raised in San Antonio, Texas and studied Neurobiology & Classics at The University of California, Berkeley where he competed as an NCAA Gymnast. In Philadelphia he began graduate studies before moving to a small Japanese mountain village for a year of contemplation, deep sea fishing, hiking, skiing and teaching. He then travelled the world by ship under the auspices of the United Nations Economic & Social Council before returning home in 2008. Suhail works in Institutional Advancement for Musical Bridges Around the World, a non-profit performing arts company charged to unite, educate and inspire through culturally diverse visual and performing arts. He served two terms as a Trustee of The Mind Science Foundation, one term on the Board of Directors of Gemini Ink and is the Arts & Culture Chair for Anuja San Antonio – the organization managing San Antonio’s Sister City Relations with Chennai, India. Suhail is the Mayor’s appointee to the Public Art Commission and enjoys serving on the Board of Directors of Constitution Cafe & The Lone Star Art Alliance. He was elected to the 40th Class of Leadership San Antonio and completed a Marshall Memorial Fellowship in Spring of 2018; in August of the same year he was appointed to serve on the Board of Sister Cities International, a Washington DC based organization that grew out of the League of Cities under President Eisenhower. He leads Yoga privately and at Yoga in Motion. A collection of Suhail’s photographs from seven continents was shown at PechaKucha Volume 5.