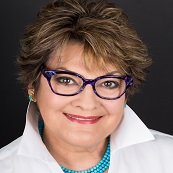 CISSY SEGALL DAVIS has been involved in the production, management and promotion of the theatrical, entertainment and special event industries since 1972.  She is Managing Director of the Miller Theatre Advisory Board, managing day to day operations, overseeing a grants program for Houston performing arts and community organizations and a presented series to create an annual eight month season of 125 to 140 artistically excellent and culturally diverse free performances at Miller Outdoor Theatre in Hermann Park.  Under her guidance, the series has grown into the largest program of its kind in the U.S, attracting multi-generational, multi-cultural audiences of more than 400,000 annually.   Among the international artists she has brought to Miller Theatre since 2008 are SEOP Dance Company of Korea, GuGu Drum Group from Shanghai, Haya Band from Bejing, Ballet Folklorico de Mexico de Amalia Hernandez, Mexico’s Eugenia León, Los Folkloristas, Tlen Huicani Los Ligaditos, China’s Golden Dragon Acrobats, Cuba’s Chucho Valdez Quintet, Nigeria’s Lágbájá and Seun Kuti & Egypt 80, South Africa’s Ladysmith Black Mambazo, Bayanihan Philippine National Dance Company and the Aluminum Show and Kibbutz Contemporary Dance Company from Israel.

Prior to joining Miller, she owned Publicity Specialties, a public relations, marketing and special event consulting firm, serving a diverse client base in the upscale retail, hospitality and non-profit sectors.  She enjoyed a 20 year association with Houston’s Theatre Under The Stars, serving in a variety of capacities on staff and on the Board of Directors.

Mrs. Segall Davis is a Senior Fellow of American Leadership Forum.  She serves on the Board of Texans for the Arts, on the Advisory Boards of the Houston Arts Alliance and Houston’s High School for Performing & Visual Arts and on Stages Repertory Theatre’s Equity, Diversity & Inclusion Task Force.  Throughout 2015, she was on the steering committee for the City of Houston’s arts and culture planning process.  Mrs. Segall Davis was named by Houston Woman’s Magazine as one of Houston’s 50 Most Influential Women of 2012.  She served on the boards of a number of non-profit organizations including Greater Houston Convention & Visitors Bureau, Theatre Under The Stars and Texas Institute for Arts in Education, among others.