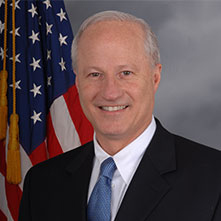 In 1983, Coffman came back home to Colorado and started a small business, an Aurora-based property management company, that would grow to over 20 employees. He remained the senior share holder of the firm for the next seventeen years until selling his interest in 2000. While in business, he continued serving in the military by joining the U.S. Marine Corps Reserve.

In his role as a Colorado small business owner, Coffman saw the need to bring more common sense pro-growth economic policies to state government so he ran and was elected to the State House of Representatives in 1988 and re-elected in 1990. Shortly after his 1990 re-election, Coffman took an unpaid leave of absence from the state legislature and volunteered to return to active duty for the first Gulf War where he served as the executive officer for a light armored infantry company. The battalion that Coffman served in was ordered to attack and defend positions inside of Kuwait, for three consecutive days prior to the main ground attack, as part of a deception and reconnaissance-by-fire operation. Coffman retired from the military in 1994 after having served for seven years between the U.S. Army and the Army Reserve and thirteen years between the U.S. Marine Corps and the Marine Corps Reserve.

In 1994, Coffman was elected to the State Senate where he served as the chairman of the Senate Finance Committee. While in the State Senate, he completed the Senior Executive Program for State and Local Government at the John F. Kennedy School of Government at Harvard University. In 1998, Coffman was elected to the office of State Treasurer and re-elected in 2002. In 2005, the U.S. Marine Corps was under strength in meeting their requirements for the Iraq War and begun to extend Marines beyond their active duty enlistments, recall Marines recently released from active duty, and selectively reach out to retired Marines and request their return to active duty. Coffman resigned his position as the State Treasurer and volunteered to return to the U.S. Marine Corps for an assignment in Iraq. In Iraq, Coffman was a civil affairs officer where he worked in support of the Independent Electoral Commission of Iraq (IECI) in 2005 and in 2006 he was reassigned to help establish interim local governments in the Western Euphrates River Valley.

In 2006, Coffman came home after completing a full tour of duty in Iraq and was appointed by Governor Bill Owens to serve out the remainder of his term as the State Treasurer. In that same year, he ran and was elected to the Office of Secretary of State and served in that capacity until he was elected to the U.S. House of Representatives in 2008.

Coffman is the only veteran in the Colorado delegation and the only Member of Congress to have served in both Iraq Wars. Congressman Coffman represents the 6th Congressional District of Colorado and serves on the Veteran’s Affairs Committee and the Armed Services Committee where he is the Chairman for the Subcommittee on Military Personnel.